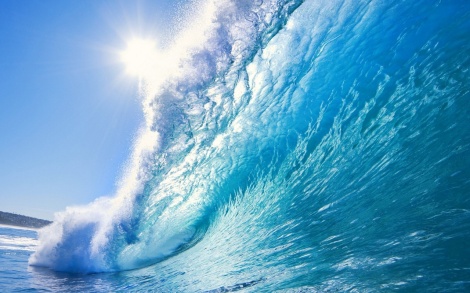 As we get closer to the end of the “fractal” cycle marked by the end of the Mayan Calendar, 2012 Dec 21st or Dec 22nd in Japan, you may wonder “where are the changes?”.
If the conditions for a drastic change show up periodically like the ups and downs of a very big wave, then we must be able to see the changes coming before it reaches a maximum, which by the way must correspond logically to that “quantum leap” that some researchers are talking about.
So where are the changes right now?
Well I don’t know about how you perceive the current “state of affairs” but to me there are already plenty of big changes such as:

– geological: earthquakes, hurricanes…The last big one in date being “Sandy”. (It seems that some of them have been artificially triggered but I won’t detail here.)
Earth is undergoing drastic changes as the rest of the solar system. It is a scientific fact that our system is getting hotter and hotter as we get closer to the center of the Milky Way. Some people say that it is linked to the fact that we are getting into something called a “Photon Belt”…By the way global warming has pretty much nothing to do with C02 but is caused mainly by that generalized warming of the solar system.
At the same time, the magnetic field of Earth is getting smaller and smaller and its frequency (linked to the Schumann resonances) is getting higher and higher. That is why a lot of people, including me, feel that time is speeding up. By the way, as Gregg Braden argues convincingly in the following video series, it is very very unlikely that we will experience a pole shift any time soon because, although the magnetic field is already small it is not small enough. Luckily!

– financial: as you may have already noticed, the nefarious acts of some bankers (the “banksters”) have been reported by a growing number of people, which lead to the arrests of many ones. The LIBOR scandal is probably the most nefarious so far but more is probably coming. Please refer to the blog of American Kabuki for that. Also, the Global Collateral Accounts, which seems to be the main repository for the money of the people of the planet appeared to have been hijacked from the beginning. It seems that a lawsuit has been on its way (although it has been interrupted in between) since last year. Please refer to the blog of Benjamin Fulford for that if you want to get more information.

– technological: plenty of revolutionary technologies have been suppressed over the last past decades because some nefarious people wanted to make a lot of money on technologies for which they had an exclusive ownership but recently more and more information about anti-gravity, so called “cold fusion” (or low energy nuclear reaction), or the generation of electricity by “burning water” to name just a few, is being disclosed. Recently, the most “famous” of such technologies is perhaps the technologies developed by the Keshe Foundation.

– spiritual: You probably does not know that you have a pineal gland inside your brain that connects your physical body to your “astral body”. An astral body is basically the body you use to “move” within the worlds your dream when you are asleep. It seems that the existence of an “astral body” along with the 7 chakras you have and along with the existence of the soul that incarnates inside a body you choose before being born is as standard as the existence of a physical body. More and more information is coming out through numerous spirituality/channeling-oriented blogs such the 2012scenario blog, for example.

– “exopolitical”: Exopolitics is the study of Earth’s politics assuming that Earth is a member of the Galactic family. It seems that there are already plenty of very advanced civilizations out there (I know it is very difficult to believe at the beginning. I even laughed at it when my colleague told me about that in Apr 2011. :)). The 2012scenario blog is probably a good introduction for that, too.

– archaeological: it seems that a lot of artifacts have been suppressed over the last past decades because they did not match the history text books of the “Establishment”. In particular, it seems that the current civilization goes back to much older times that the Mesopotamian civilization (say 5000 BC)…In fact it seems that we already have proof of the existence of advanced civilizations that were thriving at times that are rather something like 15000 BC or even 200,000 BC. Some researchers even claim that humans already existed millions of years ago….

and many other changes in other areas of life. In fact every area of human activity is concerned…The Change is inevitable. Whether you acknowledge it or don’t goes back to whether you are awakening or you are still sleeping in your warm bed…

Probably the theory or the logical paradigm that encompasses best all those changes and therefore best explains them is the theory of the “source fields” or “divine matrix”.. David Wilcok has been working for years on it and has really produced a monumental source of information about it on his blog Divine Cosmos. It is so exhaustive and detailed that sometimes it might be difficult to truly grasp everything.
In that case, I would suggest the simpler prose of Gregg Braden who has been working on it for even a longer time that Wilcock.

I am not advocating that all the information/theories you can find in those blogs is accurate or true. You must judge based on your own understanding and discernment. Getting back to one’s higher self and trusting one’s own intuition to perceive reality and take decisions is part of the “ascension” process.
But to me, a lot of that information seems to be true and makes a lot of sense.