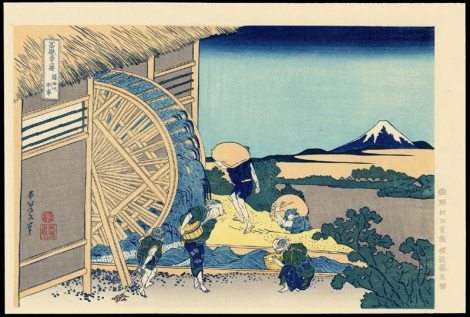 But even if that event does not happen, I believe we are already on our way towards a new financial system which will be based on transparency, equality and fairness.
Because more than a singularity point, the “mass arrests” are first and foremost a process.
And as David Wilcok has pointed out, we need first “mass prosecutions” or “mass warrants”, which needs mass investigation.
Take a look at that site that keeps track of the criminal bankers arrests on a daily basis.
You can see it is an ongoing process.
At the end, say on 21DEC12, if we add up everything, we should get something that would be the equivalent of “mass arrests”. 🙂

In any case, the current financial system is obviously based on fraud, deception, control, greed.
I am not advocating getting rid of the notion of money. Money seems to be an efficient way of exchanging value, transferring energy from one individual to another, at least in a world where resources are “scare”. Though it is true that money is getting each day less relevant.

The problem is that at the top, the so-called institutions that print out the money are rather “dark”. They are even willing to kill for money, apparently. Like wars.

We need a financial institution that is not rewarded for controlling people, but that is rewarded for keeping and improving a values exchange system that benefits everyone equally.

The current financial system aims at controlling the many by the few.
The new financial system that we are shifting to should be aiming at fostering abundance for everyone I believe.
This is the idea behind “LIFE”, the Long term Investments For Everyone proposed by Benjamin Fulford.

Besides, if you look at the prosecutions, you can see that most of them are related to insider trading, Ponzi Scheme, illegal transactions, money laundering.
Thanks to the work done by David Wilcock in “Defeating financial tyranny“, we know that the people at the top can create millions of dollars every day with just a few thousands dollars of investment. The only things you need are connections, secrecy and compound interest.

That should not be.

A fair financial system should be backed not by deception but by the wealth created by people.
The Euro and Dollar are collapsing because their respective financial rulers (ECB and FED) want them to be backed by the slavery of their own people and the slavery of Asia in particular.
But Humanity is awakening and does not want to be enslaved anymore.

Especially China and Japan are the biggest creditors of the world, owning most of the debts of Europe and USA, it seems.
Also, Japan has several trillions of dollars sleeping as savings. The Japanese people has been working hard during 30 years of huge economic growth, manufacturing high quality goods the world wanted.
The financial mafia wants obviously to pocket that money, too.

Recently, the Financial services Japanese minister, Tadahiro Matsushita has been found dead.
The mainstream media talk about a suicide caused by the fear of a scandal revelation related to his sexual life.
That sounds very fishy.
Instead it seems that is rather a murder, as it was the fate of many other Japanese politicians over the last past decade, it seems, according to Fulford.
Some sources say he was on the verge of prosecuting Nomura shoken for insider trading. Fulford says that he was refusing to buy additional dollars to keep the financial cabal alive.

Whatever the truth is behind his death, as long as the financial mafia is not fully neutralized, we cannot say that we have shifted to a new financial system.

But I think we are almost there. Abundance is within our reach. We just need to keep working on our awakening.